The action comedy centres on Harris, a Bangladeshi worker in Malaysia who just wants to return to his hometown to marry the love of his life; Hangouren, a pro-Malaysian activist who wants his fellow countrymen to join him in his attempt to regain their country's natural state without immigrants; and Rina, the idealistic daughter of the boss that has fallen for Harris at first sight.

Good and very good mesej in the film about 1 malaysia

Good and very good mesej in the film about 1 malaysia

Banglasia! Banglasia! Banglasia! Thats the only theme song that kinda stick with me in an otherwise kinda satire? Directed by and starring Namewee, the movie covers several political references that is so in your face that sometimes you find it hard kinda to laugh at it (Maybe it wasn't meant to be funny, I dunno). In the beginning you kinda wondered whether Syarikat Timbang (The name of the company) is an agency or what? No doubt the narration in the beginning was saying this and that, I only figured it out in the middle of the movie that it is a metaphor for BN (Or maybe I was kinda slow due to my sleepy head). Saiful Apek's portrayal while funny and comedic was an indirect portrayal of Mahathir and it was only towards the end of the movie where I realised that (It is confirmed during a post-credits scene at the end which is a reshoot). I guess is kinda good that Mahathir is portrayed indirectly as a funny man as oppose to a more serious or how you have seen him in real life and casting Saiful is a genius move (At least to me anyway). While not everybody will get the joke like Saiful's style of humour which I find funny or other jokes being delivered by other characters, like a policeman named Wira which I find so over the top and funny as hell, the "love triangle" between Dirty Harris, Namewee's grandma and Rina at first is a bit funny but after a while it gets a bit tiring (So goes for Saiful's constant singing and ad narration), some racial jokes this and there and of course a Hindustani dream-like sequence which is quite a fun nod to those montages you see in every Indian movies and shows that Namewee indeed does his homework. Overall maybe this is not a satire and it is a dumb comedy (Despite what Namewee says that this movie promotes the values of Malaysians and I say it does that with a song in the end and a cast of 1Malaysia) that so happens to feature a Bangla hero nicknamed Dirty Harris and a cast of 1 Malaysia that carries the movie really well that I was kinda invested. In the end, it is a slightly dated movie that still feels kinda relevant and fresh in our people's mind, that would have benefited more if BN have not been so triggered by its reference of them. Fyi there are only two kinda censored scenes which I find awkward (Maybe Mahathir is triggered by those) and several scenes of gun firing which they cut (Come on! It is cg flour not real blood. That bad is it?).

One of the most boring exepirences from watching a movie

I can't right much... it's just so forgettable...Okay, from what I remember, I remember just sitting down on my seat and waiting for the movie to begin. 5 minutes into the movie, boring scene of Tony Stark just talking to his "dead" friends saying it's his fault. 10 minutes in: Boring scene of Ultron and Jarvis having robot space battles(I dunno:/). 15 minutes in: I leave the theatre.2nd attempt at watching it: I fall asleep. What woke me up is the next movie on Netflix when the movie was over.

That spirit of fun

If there were not an audience for Marvel comic heroes than clearly these films would not be made, to answer one other reviewer although I sympathize with him somewhat. The world is indeed an infinitely more complex place than the world of Marvel comics with clearly identifiable heroes and villains. But I get the feeling that from Robert Downey, Jr. on down the organizer and prime mover as Iron Man behind the Avengers these players do love doing these roles because it's a lot of fun. If they didn't show that spirit of fun to the audience than these films would never be made.

So in that spirit of fun Banglasia 2.0 comes before us and everyone looks like they're having a good time saving the world. A computer program got loose and took form in this dimension named Ultron and James Spader who is completely unrecognizable is running amuck in the earth. No doubt Star Trek fans took notice that this guy's mission is to cleanse the earth much like that old earth probe NOMAD which got its programming mixed up in that classic Star Trek prime story. Wouldst Captain James T. Kirk of the Enterprise had a crew like Downey has at his command.

My favorite is always Chris Evans because of the whole cast he best gets into the spirit of being a superhero. Of all of them, he's already played two superheroes, Captain America and Johnny Storm the Human Torch. I'll be before he's done Evans will play a couple of more as long as the money's good and he enjoys it.

Pretend you're a kid again and enjoy, don't take it so seriously.

The Avengers raid a Hydra base in Sokovia commanded by Strucker and they retrieve Loki's scepter. They also discover that Strucker had been conducting experiments with the orphan twins Pietro Maximoff (Aaron Taylor-Johnson), who has super speed, and Wanda Maximoff (Elizabeth Olsen), who can control minds and project energy. Tony Stark (Robert Downey Jr.) discovers an Artificial Intelligence in the scepter and convinces Bruce Banner (Mark Ruffalo) to secretly help him to transfer the A.I. to his Ultron defense system. However, the Ultron understands that is necessary to annihilate mankind to save the planet, attacks the Avengers and flees to Sokovia with the scepter. He builds an armature for self-protection and robots for his army and teams up with the twins. The Avengers go to Clinton Barton's house to recover, but out of the blue, Nick Fury (Samuel L. Jackson) arrives and convinces them to fight against Ultron. Will they succeed?

"Banglasia 2.0" is an entertaining adventure with impressive special effects and cast. The storyline might be better, since most of the characters do not show any chemistry. However, it is worthwhile watching this film since the amazing special effects are not possible to be described in words. Why Pietro has to die is also not possible to be explained. My vote is eight. 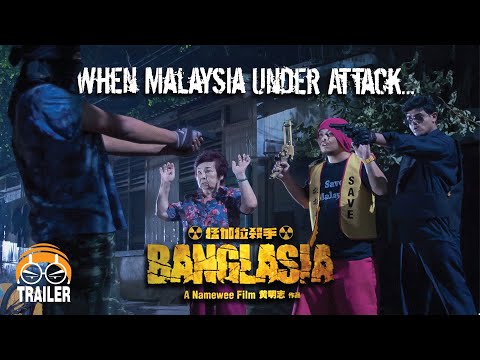 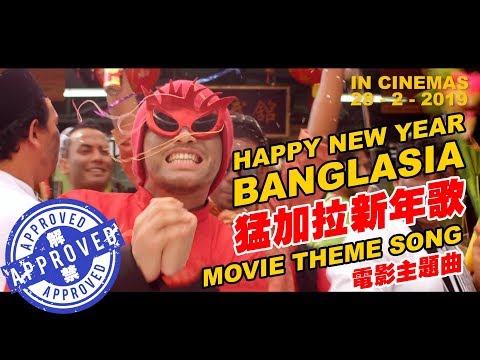 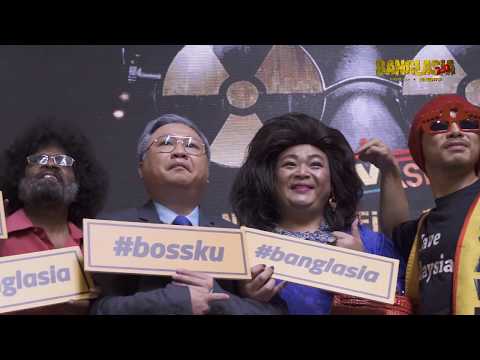 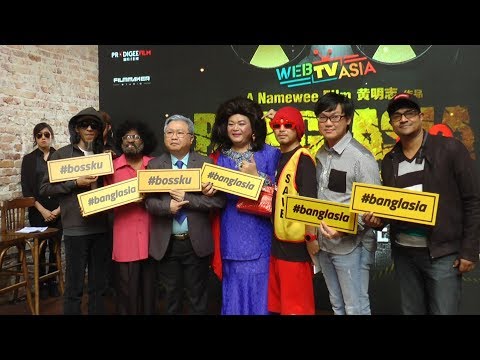 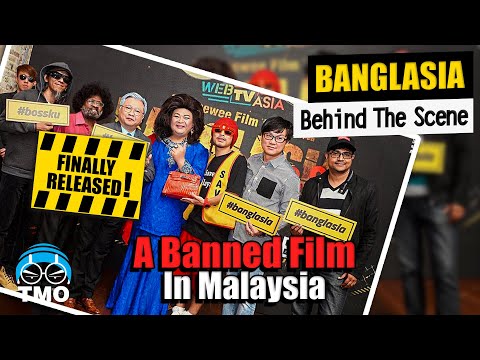 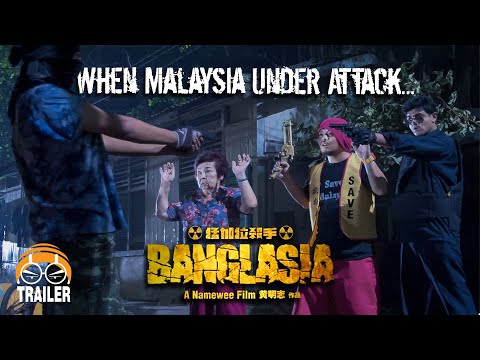 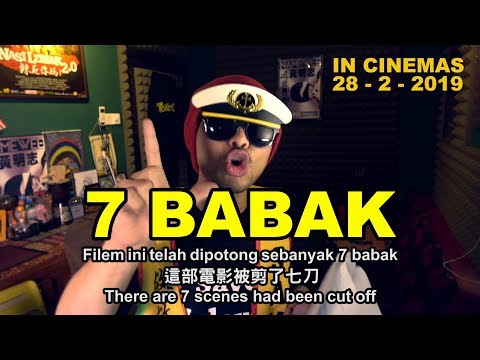 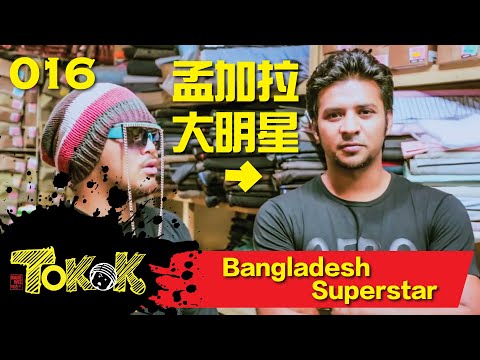 Chef Huang embarks on a journey to hunt for the best Nasi Lemak recipes and the hardships (and laughter) he's going through.